Yesterday, I made a pretty big batch of my vegetarian chili. It turned out so good that even Paul likes it, which is a big deal. He likes his chili meaty and without much veggies, usually.

I followed the recipe pretty much, expect that I forgot to grab celery on Saturday, so I put in some diced carrots instead, and I had red peppers from last weekend from the market, so I used those instead of green. I also added a bit more chili pepper spice than it asked for, and a bit more jalapenos, too. We like spicy, especially when it comes to chili. I haven't even gotten to try a bowl yet (just ate spoonfuls as it cooked and while I portioned it out in containers). I'm saving it for our dinner, tonight. Then I'll eat the rest of the portions for lunches this week and next!

Okay, on to the pictures. 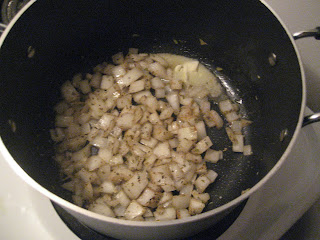 Then, added the other veggies: 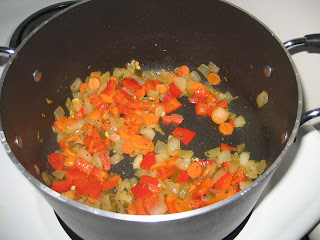 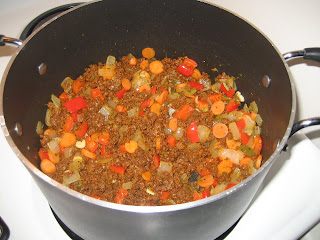 And finally, with everything else (tomatoes, beans, corn): 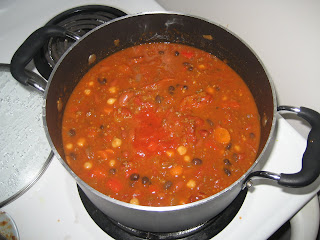